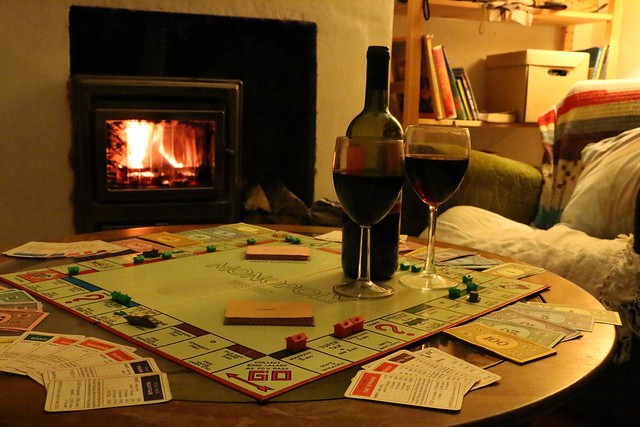 Before applying the costly and complex interventions, build your skills and understanding with the no cost and low-cost interventions. Achievable projects structured with strategies, principles and tools to help get things done.

Let’s make a pie chart and start a journal. Take a guess at how much your annual household utilities bills total. How do you think they’ll be proportioned, gas, electricity and water. Get everyone involved, can a consensus be agreed, what are the differences of opinion?

Compare what you thought you use with what you actually use, spot the difference? Take note of any surprises, they may be worth investigating and a good place to start.

Next list as many uses throughout the home for each utility, gas, electricity and water. Take a guess at how each utility might be proportional to each user. Again make notes, draw some pie charts and you’re ready to go compare. 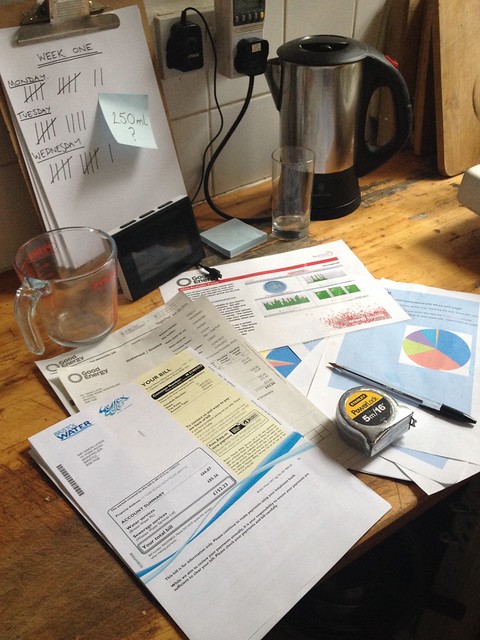 The most inefficient thing in a house is the occupant. Opening windows, closing doors, drawing curtains, operating radiators, turning thing down and turning things off: most of our energy and damp problems can be solved by learning how to operate our homes more efficiently and effectively.

Observation alone can reduce energy consumption and mitigate damp. Begin with a blind guess at your consumption, then measure it; the difference between what we think we use and what we actually use is agenda-setting.

However, moving from meaning to do something to really doing it; from having good intentions to putting them into action, is often a tough step to take.

What can behavioural science tell us about how to out-smart ourselves and have a better chance of making things happen?

Provided with the appropriate information, we can all make more informed decisions. You know you want to because you choose to.

Add in a little self-efficacy and you know you can do it.

External influences are less likely to lead to lasting change,  the carrot and the stick are both extrinsic and controlling: either wholly, if you are being paid or punished; or partially, with a little guilt or shame.

Successful change comes from within: because you want to change, it’s intrinsic. Subscribing to things that are important and meaningful for you is good, but the best motivation is where you do something for its own sake or best of all, just for fun!

Success comes out of autonomy, not control.

Choice and control: by providing structure and giving a rationale, we can move from feeling externally controlled to making informed choices, acknowledging that it’s difficult. but feeling that we have autonomy.

Capability: This is an opportunity to do well. Specific feedback is more effective than vague congratulations.

A sense of belonging: other people who I respect do this too, I don’t feel alienated.

Aim to make changes you can live with. Going for big changes in one go can just make life seem too much like hard work, start slowly and allow yourself to feel a sense of achievement at hitting some targets en route. You don’t have to solve all your problems in one go.

You’ve decided you want to do some home improvements. However, you have a load of preconceptions about your energy use. So what you first need to do is find out how accurate they are. Gathering the information you need to enable you to have a realistic look at the situation will help you to define exactly what you’re trying to do.

Observation leads to action: monitor whether what you’re doing is working. Knowing that the things you are doing are going to make a noticeable difference to your bills can be very motivating. But you’re also trying to achieve something, so it’s also good to know if your changes aren’t making the impact you’d hoped, and you need to try other strategies.

The best way to make new habits is to set very specific targets for what you’re going to do and when, ‘if-then’ strategies: negate, ignore or replace.

Negation if-then plans involve deciding what actions you won’t be taking in the future. If you want to break a habit, you simply plan not to engage in it any more. In some ways, this is the most commonly used and straightforward way of tackling a bad habit.

Ignore if-then plans to concentrate on tuning out undesirable feelings and impulses.  In this case, you are simply planning to block unhelpful thought processes, and thus diminish their power over you.

Replacement if-then plans involve making a conscious choice to replace a bad habit with a good one.  You use a better habit where you would previously have given in to your bad habit, and your bad habit is eroded over time until it has gone altogether.

When researchers put these three types of if-then plans to the test, the results were consistent and somewhat surprising. Negation if-then plans were not only far less effective than other strategies, but they sometimes triggered a rebound effect, with people indulging in more of the behaviour they were trying to avoid than they had before.

Deciding not to use the heating and being cold and miserable is less effective than using it a little less by putting on a jumper, drawing the curtains and closing internal doors to stay cosy and warm.

Negation. “If I am cold, then I’m not going to put the heating on.” It’s a straightforward strategy, but it probably won’t be effective over time, and the resulting discomfort may lead to a rebound effect where you decide to use the heating more than you did before and turn the thermostat up.

Ignore. “If I am cold, then I will ignore it.” A physical sensation may be harder to block out than an emotional impulse, so this is not likely to be an effective long-term strategy.

Replacement. “If I am cold, then I will draw the curtains, close internal doors, put on a jumper and use the heating more efficiently and in doing so I could be saving up for a holiday!” Replacement is far more likely to be the most successful strategy.

Rather than not having a shower, work out how long a shower takes and what could make it a little shorter, or shorter still. Replacement works best, I no longer shave in the shower, it’s more efficient from the sink. Changing one habit at a time is more achievable than trying to do everything at once.

Sometimes changing a habit can be about breaking a pattern of cue-habit-response. For example, someone who is trying to give up smoking may have to come up with a strategy to deal with the fact that they associate going to the pub with having a cigarette.

Know your habits, we’re not always as in charge of what we do as we think. A lot of what we do is directed by habits, rather than by any conscious decisions on our part. Habits are hard to break because they are automatic, the result of our brain bypassing the conscious thought processes to get the job done quickly.

These are useful as mental shortcuts to help save our attention and resources to deal with new, incoming stimuli. But they are irritating as we find ourselves doing things that cost us energy and money, without consciously thinking about them.

If we are in the habit of filling a whole kettle regardless of how many cups of tea we need to make, keeping a mug by the kettle might remind us to take the mug, rather than the kettle, to the tap.

But it’s easy enough to form new habits once you recognise which of them you want to change, with a few prompts and a bit of effort to kick start them. And once your improved behaviours become habits, well you can sit back and happily let your new mental shortcuts take over.

It may be that you’ve decided to turn things off, turn things down or just to separate the waste, but no one else is on board. It’s probably not intentional social undermining; it’s much more likely to be a lack of social support.

If you start issuing orders, people dig their heels in. A more effective strategy is to get everyone involved and explain what you are doing and why you are doing it.

Do things together. Practical support is important, so is emotional support. A little recognition from friends, relatives and colleagues goes a long way. Specific feedback is more useful than general congratulation.

Structure your home improvement projects with strategies, principles and tools to help get things done. Make a plan, set a date, assemble the ingredients, get support and commitment from others. 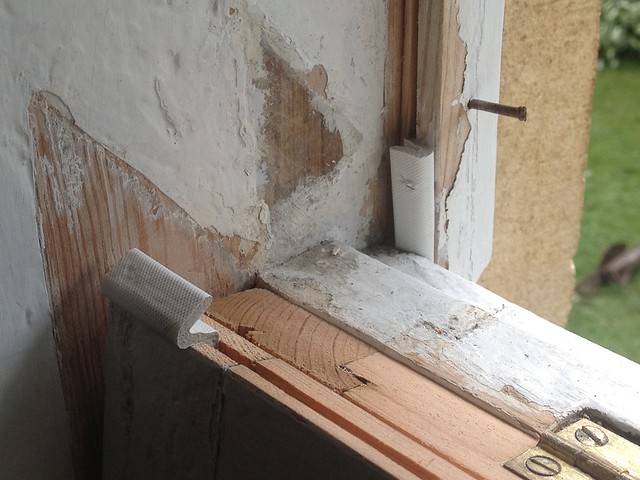 Wind sucks, it’s not blown. Cross ventilation stratification and convection. Tackle the large holes to exposes the small, if its not universal it won’t work. Operating windows and doors with operable latches and locks.

Retrofitting vinyl draught strip and the benefit to internal doors.

Affordable and attractive magnetically secured polycarbonate secondary glazing is an easy and affordable way to draught-proof whilst also slowing the convection of cold air falling away from the window.

Wind sucks, it’s not blown. It’s sucked from high to low pressure, pulled not pushed to fill a void. an invisible path through the home and the limitation of the air pressure test.

It can’t get in if it can’t get out. Closing internal doors. Opening opposing windows. External weather rurally has a consistent and persistent direction, hunting for draught on a windy day and when there’s a change of direction.

Warm air rises. Having more energy and needing more room to dance about warm are is more buoyant and float to the top of the room or top of the house. If it escapes out from the top it pulls cooler fresh air in at the bottom to replace it. Turning down the heat.

When warm air rises and when cooled it falls. As the air is cooled by the building fabric, density increase and it begins to fall. This pulls the warmest air to the coldest spot.

Do what you can where you are with what you got. Operating windows and doors with operable latches and locks.

Pushing air out against the prevailing wind. Pushing marshmallows up a chimney. Air bricks, chimneys vents and 5mm continuous gaps.

Air being pulled though a building will take the path of least resistance so start with the large. The gap in the floorboards adds up to a large hole likewise the invisible hairline cracks and decorators caulk. Cardboard box foamed up the chimney. T

With the larger gaps filled air needs to be pulled through the remaining holes and will do so A well draught-proofed house causes the wind to whistle through the keyhole.

Fitting products in isolation is unlikely to reduce air change significantly enough to bring down your bills although it may reroute and annoying draught. Being universal requires tackling the large, exposing the small and addressing the invisible and Adding friction certainly helps slow things down, learning to keep internal doors closed will slow the passage of air through the window

Green alliance – ‘can wine, quizzes and advice reduce peoples energy use?’
‘BBC – ‘Fun and game can save the planet’