This Victorian semi has been altered to accommodate modern living. The wall has been removed between the kitchen and the dinning room which now also serves as a family room. The door to the hallway is kept closed when cooking to prevent moisture migrating to the rest of the house. The dinning room once had a bay window with carved Oolitic limestone columns and capitals designed to evaporate moisture from the room. The single glazed window that replaced the bay is now being replaced with a Bi-folding door to connect the heart of the home to the garden. The cement render has been removed internally and replaced with hemp. Fitting double glazing increase the risk of condensation on the cold window reveilles. As the room warms up with family activity and cooking the now insulated windows will warm up to match the room unlike the reveals which will rapidly lose heat to the large thermal capacity of the wall. A top opening window has been included to retain cross ventilation. And ready for wallpapering. 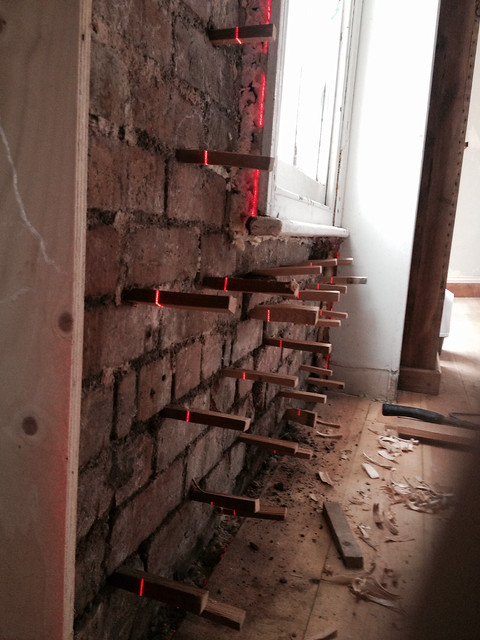 Once the technique has been learnt, it can quickly applied to other problem areas. Dochans peg out this small section of wall under the window in under an hour. 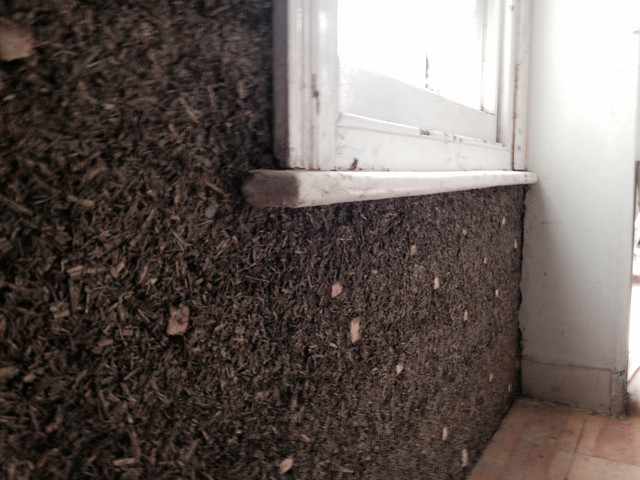 Hemp and Lime is light weight and has an open surface making it easy to plaster. 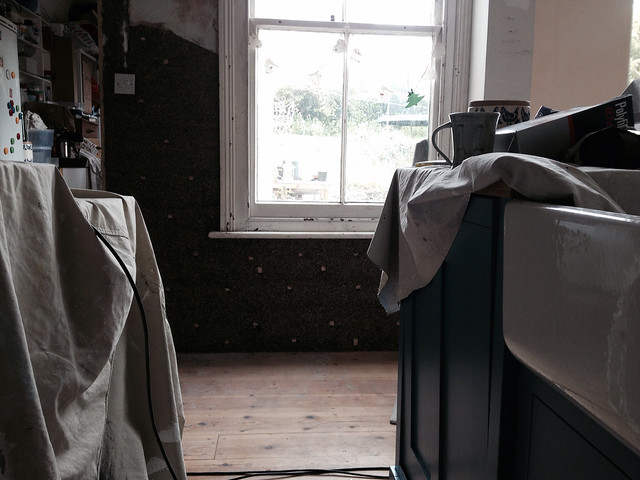 Two hour to mix and fit. 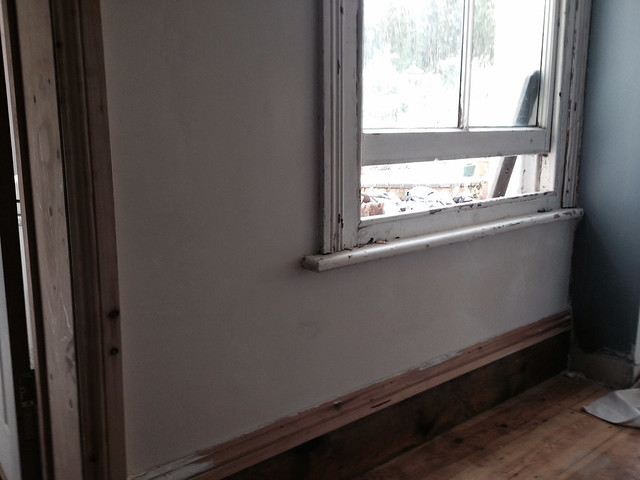 The hemp dries quickly and is plastered later in the week.

Addressing the condensation problems opened up by the open plan kitchen and new glazing has been tackled in isolation. The section under the kitchen window had been damage by condensation  and the reveals of the bi-folding doors required finishing once installed. Tackled in isolation the works created no more mess than baking a cake.

Understanding why works in the RMI sector may not deliver